Homage2Fromage was very lucky to be invited along to the InternationalCheese Awards this month – by Debbie Stewart. We were able to go to the ‘Press Day’ which meant we would avoid the crowds, see the actual announcement of the awards and get the chance to meet more cheesemakers and producers before the big day.

Unable to take Vickie as she had only just had her baby, I asked Steve Flemming of George and Joseph along to keep me company. Steve is busy setting up his own cheese shop in Chapel Allerton so was keen to see a big event up close, and also to network with some new producers.

On arrival we were simply amazed by the truly vast array of cheeses – over 4,000!. There are literally hundreds of categories for awards – ranging from the genric ‘Best block Mozzarella’ or obscure 'Vegetarian Blue Cheese’ to the specialist 'Best 100% aArtisan Goats cheese'… There is a category for every kind of cheese you can think of and plenty you can't. Nantwich is not by any means an elitist event with nothing but tiny producers, it involves all cheesemanufacturers, rteailers, wholesalers and affineurs, so it actually gives you a more realistic snapshot of what is a massive, thriving industry.

Nothing brings this home more forcibly than the main judging hall. It was inside a gigantic marquee, some 100m by 50m, fully air-conditioned via great canvas tubes crossing overhead like the wobbly white arches of a giant bouncy castle. Row upon row, table after table, cheeses were neatly laid out with blocks, wheels, boxes, packs, truckles, piles, mounds and even bags (yes, there is a category for grated cheese!), all awaiting their handpicked judging team. 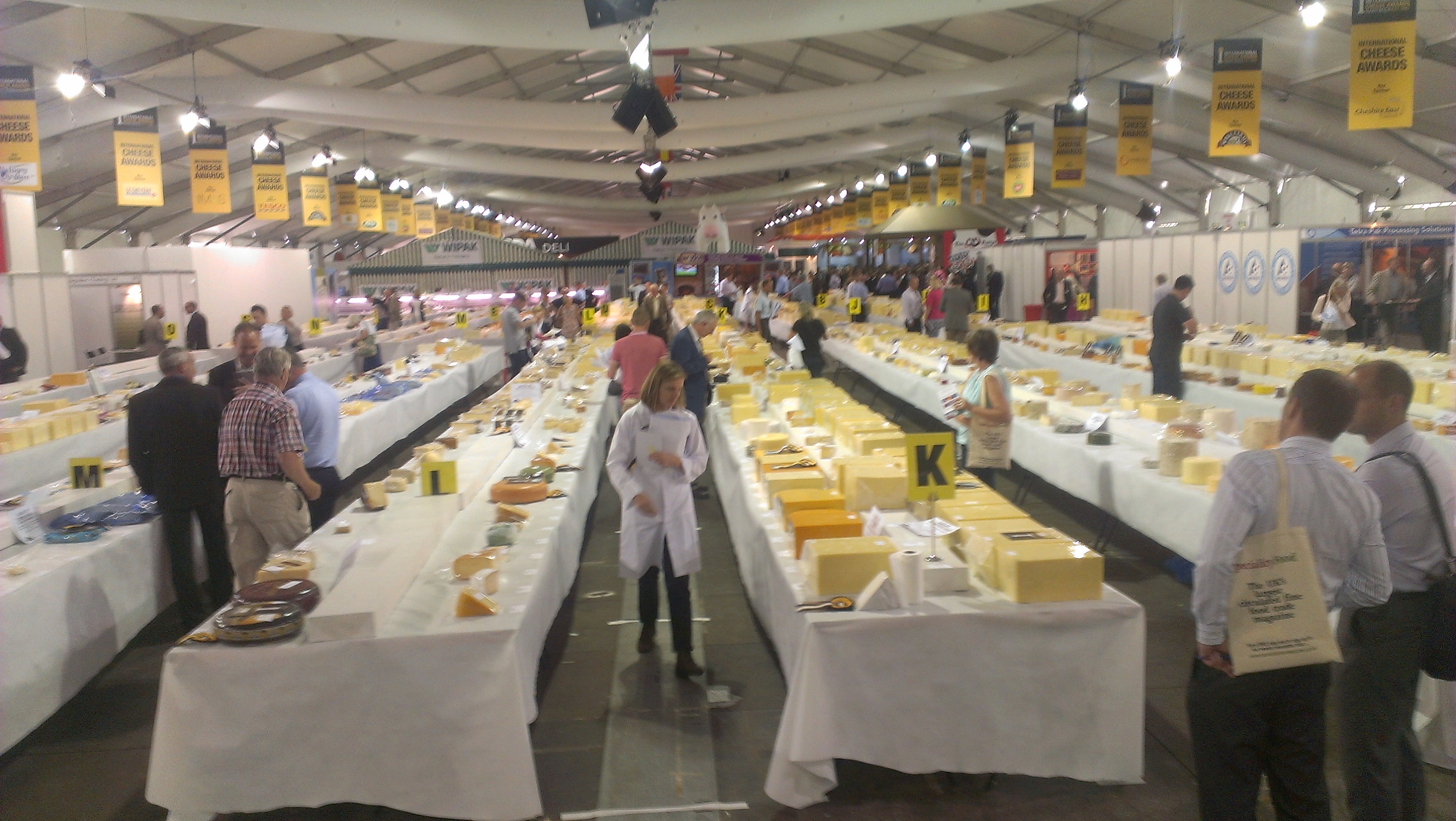 It was mind boggling to say the least to realise that every one of those 4000 entries for the dozens of categories and would be judged, tasted, discussed and only then – if lucky – awarded a prize.

As well as the great judging tables, there were a huge variety of cheeseproducers, wholesalers and retailers in stalls around the perimeter, all hoping to engage with buyers, introduce new products, network and sell.

Our favourites were the Little Milk Company – a group of 11 Organic milk producers from all over Ireland, whose array of cheddar-like Irish cheeseswent from a young, fruity flavours, to hard, crunchy, deep flavours of the more mature wheels. Their cheese is specifically made in smaller wheels to appeal to the smaller deli who may want to show freah cut cheese., but can’t afford a massive wheel (up to 50kg). They are great cheese makers and you can taste their passion in every iteration of their cheese.www.thelittlemilkcompany.co.uk 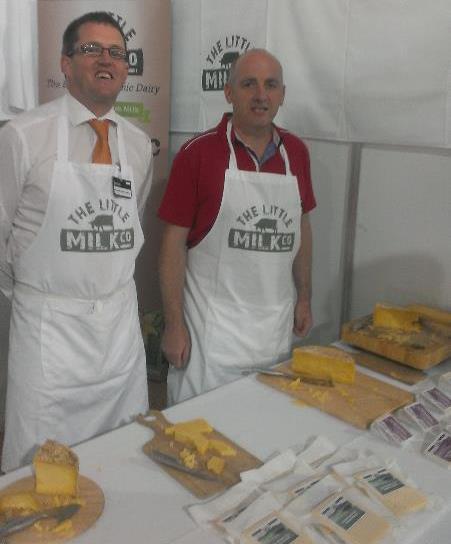 Another great discovery was the tiny Italian cheese producer called L’Antica Cascina. Cheese-maker Elise Casamenti told us how they produce a single type of quite simple cheese, then create different versions of the cheese - first by sealing it in jars, then wooden barrels, then caves, and finally in a subterranean vault that they line with straw then seal with plaster before leaving the 8,000 cheeses to mature for some months! The result was extraordinary with cheeses ranging from a soft, squidgey, cowey mildness to a robust, chalky, almost Parmesan-like maturity. www.anticacascina.com 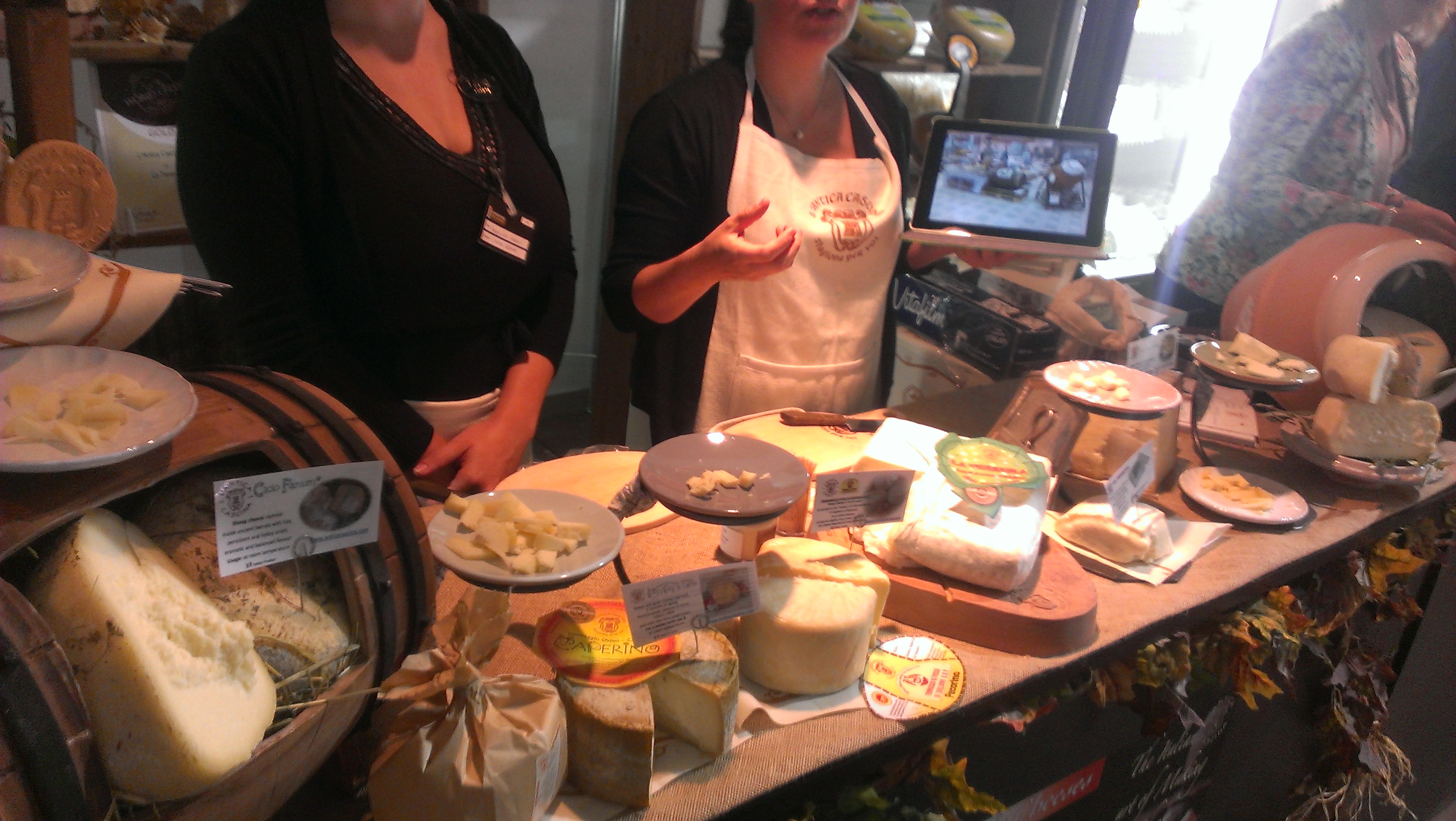 Other highlights included the discovery of a simple, yet interesting and extremely tasty biscuits for cheese – or Artisan Crispbread. Peter’s Yard is an artisan bakery making crisp, thin, yet robust crackers from organic flour to a Swedish recipe. The result is excellent – strong enough to hold a good amount of cheese, with a delicate, not overpowering flavour and a rough, yielding texture. Is our search for the ultimate cheese biscuit over? We should be getting some for you to sample soon…

The final prize giving was right at the end of a long day. Long Clawson’s Smooth Blue was crowned Supreme Champion, and we were pleased to see a number of Yorkshire’s local cheeses from Shepherd's Purse winning both accolades and trophies themselves.

There was much new stuff to see and a single day could never do it justice – it was a real experience and one we can recommend. All the results etc. can be found here http://www.internationalcheeseawards.co.uk/

Please note, comments must be approved before they are published